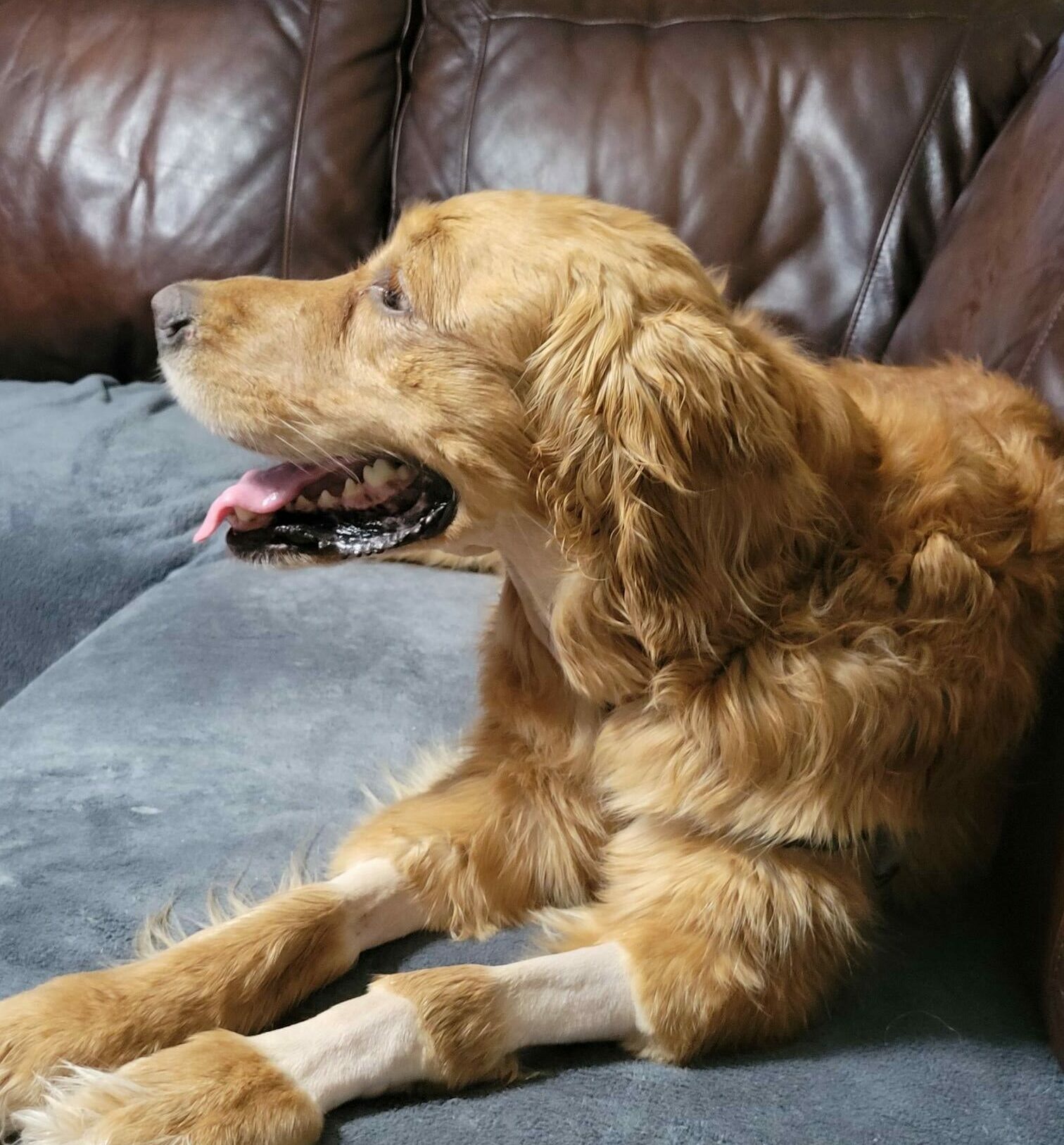 Bella, a 6-year-old Golden Retriever, presented for a surgery consultation after her owners found a mass under her neck. A CT scan revealed that the mass was attached to her larynx, the structure at the opening of the trachea or airway. The mass was likely an abnormally located thyroid cancer. Surgical removal of the mass was uneventful and she was set up for recovery. Unfortunately, shortly after removing the endotracheal tube or “breathing tube” used to deliver oxygen and gas anesthetics during surgery, she had trouble breathing and had to be re-anesthetized and re-intubated.

During re-intubation, it was noted that she had a large amount of thick mucus in her throat and her airway was very swollen preventing her from being able to move air in and out of her lungs. Surgery on any part of the body leads to some swelling and inflammation. When it happens in your neck and around your airway, it can be very dangerous. Any surgery around the neck and airway carries a risk of swelling and therefore a risk of difficulty breathing. The risk is much more common in bulldogs and other brachycephalic breeds (short-muzzled dog with a flattened face) but has the potential to happen with airway surgery in any breed of dog or cat. 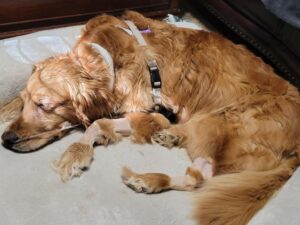 Bella was transferred to Dr. Donahue and the Critical Care Service for continued management of her symptoms. The goal now was to give her time to allow for the airway swelling to resolve, however, we did not know how long that would take. The options discussed with her family were either to keep her intubated – which requires keeping her either heavily sedated or anesthetizing her with the mechanical ventilator – or placing a temporary tracheostomy tube so that she could breathe bypassing the swelling in her upper airway and waking her up. Her family elected to give her some time just intubated to see if we could get the swelling down without another surgery on her neck.

Bella was very difficult to keep sedated. This was potentially due to the undocumented overactivity of her thyroid gland and her low body fat percentage. Many drugs used for sedation and anesthesia have a shorter duration of action in patients with a lower fat mass. She also, according to her family, is quite a stubborn girl so they weren’t surprised to hear that she was fighting our sedatives the whole time. Airway exam after about 15 hours showed persistent airway swelling so extubation was not attempted that day.

Patients who are intubated for prolonged periods are at risk for secondary issues such as pneumonia, ranulas (a fluid collection, or cyst), and limb swelling. Unfortunately, Bella developed all of these problems. She was started on antibiotics for pneumonia and luckily recovered from it fairly quickly. A ranula is a cyst-like collection of saliva under the tongue and commonly occurs in patients with increased pressure in the neck or trauma to the salivary glands in the area. Luckily, these usually go away on their own with relief of the pressure, but they did contribute to the difficulty in assessing the swelling in Bella’s airway, Her airway assessments had to be completed with a lot of lights, tongue depressors, and hands to help pull swollen tissue out of the way. 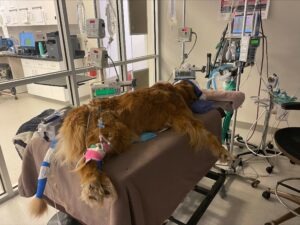 After another 24 hours, our Critical Care team attempted to extubate her, this time with the help of a nasotracheal tube. A nasotracheal tube is inserted into the nose and goes down into the trachea, bypassing the larynx/upper airway, to provide oxygen more closely to the lungs. While this helps to deliver oxygen into the lungs, it doesn’t help you breathe carbon dioxide out of the lungs, and Bella soon went back into distress as she tried to breathe out of what was still a too-swollen airway.

Bella was re-sedated and intubated for another 24 hours. In the meantime, our Critical Care team attempted to feed her through a nasogastric tube (a tube that goes from the nose down into the stomach) which was placed the first night due to a large amount of air in her stomach. However, because of all the medications she was on to keep her sedated, she’d developed ileus, which caused large amounts of fluid and food to build up in her stomach instead of moving into her small intestine as it should. 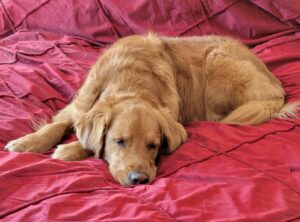 Ileus is a slow or absent movement of the stomach and intestines causing ingested food and water to just sit in one place. It can be broken down into 2 major categories: functional and mechanical. Mechanical ileus is from a physical obstruction like a foreign body or a mass. Functional ileus is from the muscles and nerves of the intestines just not being able to do their job correctly and is commonly from anesthetic and sedative drugs, as was in Bella’s case. She was started on several medications to help correct this, but really what she needed was to be able to wake up and come off the heavy sedatives.

The next day, Bella still had some swelling but it was improved. We extubated her, kept the nasotracheal tube in place, and slowly woke her up. She would have some periods where she’d get a little anxious and start breathing harder which would cause some respiratory distress but with the help of a mild sedative, she would calm down and breathe easier.
After keeping her very relaxed and starting physical rehabilitation, she slowly was able to get up and move around without going into respiratory distress. She was sent home to continue care with her family. Bella has since fully recovered and is now seeing Dr. Jankowski at our Richmond hospital for chemotherapy treatment.

In medicine, sometimes things do not go as planned, and the unexpected happens. The staff at Virginia Veterinary Centers in Fredericksburg were able to think quickly and get Bella through this crisis so that she could recover from surgery and continue her fight with cancer.